What you can bear to hear
Rev. Jennifer Garrison Brownell

This year marks the 50th anniversary of stonewall uprising which most historians consider the beginning of the modern gay rights movement. The Stonewall Inn in Greenwich village was one of a kind in the late 1960’s New York.  Racially integrated, it was frequented by a mix of gay men, butch women, street kids who lived in the park near the bar, prostitutes, drag queens. It was the only bar  in new York at that time where men could dance with each other

It was most definitely not a glamorous place – there was no running water behind the bar, so they would rinse the glasses in tubs and then pour more drinks into those glasses.  The walls and ceiling were all painted black and lights were dim. Toilets frequently backed up.

The Stonewall Inn was run by the mafia with back up from the police. The mafia who owned the club would pay the police and the police would inform them when raids were going to happen.  As often as monthly, the lights would come up and everyone would be lined up and have to show id cards. Men could not be in “too much” drag and women had to be wearing “at least three items of women’s clothing.”

But one night in June, instead of lining up like usual and producing their ids, the patrons of Stonewall Inn refused arrest.  Pushing and shoving turned more violent – at first they threw coins as a way to mock police corruption. The police barricaded themselves inside the bar for almost an hour.
Michael Fader was there: “We all had a collective feeling like we’d had enough…It wasn’t anything tangible anybody said to anyone else, it was just kind of like everything over the years had come to a head on that one particular night in the one particular place, and it was not an organized demonstration… Everyone in the crowd felt that we were never going to go back. It was like the last straw. It was time to reclaim something that had always been taken from us…. All kinds of people, all different reasons, but mostly it was total outrage, anger, sorrow, everything combined, and everything just kind of ran its course. It was the police who were doing most of the destruction. We were really trying to get back in and break free. And we felt that we had freedom at last, or freedom to at least show that we demanded freedom. We weren’t going to be walking meekly in the night and letting them shove us around… There was something in the air, freedom a long time overdue, and we’re going to fight for it. It took different forms, but the bottom line was, we weren’t going to go away. And we didn’t.”

Press coverage of the event was not kind at the time.  And even other organized groups of gay people (or homophiles as they called themselves at the time) wished that the whole thing would calm down, go away, be quiet.  But in a world set up for sameness, for what we now would call a heteronormative experience that day in June an alternative expression burst out of those dark and cramped and smelly walls and into the streets the world was changed for ever.

Today, by a quirk of the calendar, is both Pride Sunday and Trinity Sunday.

Trinity Sunday reminds us that God’s first impulse is relational, about connection.  God comes to us not as one but as three – each part of the trinity is distinct and unique, but also inexorably linked.  On Trinity Sunday, we celebrate our fundamental relationality as God’s creations.

And Pride Sunday, too is at its core about celebrating our impulse for connection, our fundamental relationality as gods’ creations.

I’m celebrating that both Pride and Trinity are together on one day, because  our sexuality and our spirituality are so fundamentally connected – both are the deepest parts of our beings and both are born of our most profound  longings for connection with others and with the divine.

Pride for me personally is a joyful occasion this year as I step into the fullest expression of myself.

I was just asked to introduce myself via email to a group of new friends and I said: In January, I would have proudly told you about the rest of my drama-free settled life, but in February of this year that life was unsettled by new love sprouting from an old friendship.   I was married for many years and I was proud  of my marriage– but the hubris kind, not the kind that is the opposite of shame. I was proud – the hubris kind – of how well ordered my life seemed, even to myself.  It was reassuring to live within the bounds of cultural expectation – but I have been reminded again and again in the past few months, that’s not how God’s love works.

As one love has diminished and the other grew,  became poignantly aware of how separation is always complex. Separation comes in stages not all at once. I know from experience that you can live in the same house with someone and be separate from them. And I know that you can live apart, and still be connected. And we feel the complexity of separation deeply, since connection is our most basic impulse.

It’s been 50 long years since the stonewall uprising, but stories of coming out are still happening.  I want to tell you a little of my story this morning. I grew up in a  family and church and culture that was very open and accepting.  In the town I grew up in, no one ever told me that being gay was an abomination, no one fired me from a job or kicked me out of my family.  And yet, in my early twenties, I was very tentative when I told my parents on a long dark car ride that I thought I might be a lesbian.  I guess I had been acting weirder than usual, because my mom’s response was, “Oh, thank God!  I thought you were on drugs!”

In the years that followed I became active in the LGBTQ movement, had a serious relationship with a woman and lived pretty openly as a gay person. But when I fell in love with a man and married him, I put that time behind me. It was more comfortable to hide in the privilege of what people assumed about me than to be out, and so I went in.
There is still so much discomfort with being born different from the dominate narrative.  God’s call is persistent.  It took me a long time to stumble into my call to ministry (for a long time, I tried to work at other, more normal jobs!) and a long, long, long time to come out fully to myself, to my family and to you.

For many years, I have told you and others and in my ministry that God calls us to be who and what we are created to be – to be authentic and to have integrity.    Just at the time as I came into a more authentic acceptance of how my marriage had changed, I also came into acceptance of what it meant to live fully as a same-gnder loving person. So while this has been a difficult time, it has also been joyful – as I become more and more who God made me to be in a relationship that is spiritually and emotionally connected.

For some of you, I know this has been an unsettling and difficult.  As I have shared my story with you, many of you have opened up and shared your stories with me. And I have learned again what I thought I already knew – that most people’s lives are way more complicate than you’d think. Life is a web of relationships built over time – some painful, some joyful – most a mix of both. For some of you, hearing of the ending of one relationship and the beginning of another has brought up issues of promises broken, and this has been very painful for me, as being trustworthy is an important value to me.  I’m not sure how to heal this, except to continue to be as trustworthy as I know how to be and that Spirit who has been there since the mystery that is before “in the beginning”  has brought you and I into relationship too.

Wisdom is still dancing, and God – who spoke a word and from nothing created mountains and oceans and snails and whales and eagles and drag queens and daisies and you and me – is still speaking.  It’s ok if my experience, if experiences of others is hard for you to understand – even Jesus said some things you can’t hear until you’re ready.  God understands and continues to draw you and me and all of us into a dance of conversation and relationship.

And now,we have an openly gay pastor.

Hearing your stories and telling mine reminds me that the fight that began on the streets in NYC 50 years again front of the Stonewall Inn is not over – we have a long way to go.  But this new day is a new opportunity to walk our talk – celebrating the diversity of relationship that makes us who we are – God’s love created new each day – a joy and a delight.

SWIM, RIDE, RUN, BREATHE: HOW I LOST A TRIATHLON AND CAUGHT MY BREATH
A memoir about being in a body.  Published Spring 2015 by Pilgrim Press. 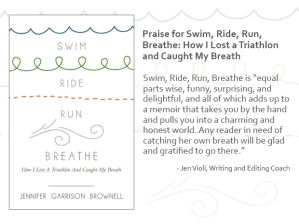 THERE’S A WOMAN IN THE PULPIT: CHRISTIAN CLERGYWOMEN SHARE THEIR HARD DAYS, HOLY MOMENTS AND THE HEALING POWER OF HUMOR
Contains my essay Doors, Locks, A Walk-in Safe and the Keys of the Kingdom
Published Spring 2015 by Skylight Press 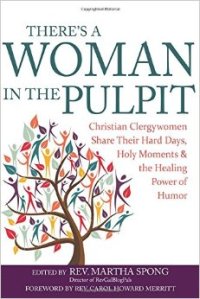